hello, everyone! how are you?

i joined a new blog tour company and this is my first tour with them. thank Random Things Tours for selecting me as one of the hosts! if you want to join future tours, click this link and sign up as a host.

for now, enjoy this post and have some bookish fun!

*BY CLICKING AND PURCHASING THROUGH THE PURCHASE LINKS PROVIDED, THE BLOGGER MAY EARN COMMISSIONS

about:
With stories from London, Cape Town, Manchester, USA, Chile, Iran, Zambia and Nigeria which reach across age, gender, race, sexuality, nationality, style and tone, this collection delivers a global celebration of voices claiming their own space to be heard.

Ali Said’s title story, Aidan Shaw’s Penis, is a wonderfully honest and sensitive autobiographical piece looking at his experiences in the face of official UAE censors, citizens who facilitate the official work through moral policing and Said’s own self-censorship as he denies and obscures the truth of his own sexuality.

Collaboration with official power is a thread through several of the stories but all offer different perspectives, such as an act of survival or a bid for love. The anthology is bold mix of style and form including an eco-fascist dystopia, a vision of an auto-correct technology that takes over the story itself and the ‘censored’ thoughts of a narrator living with mental illness in a society that demonises it. Some of the authors kick against the assumption that censorship is innately bad and look at the role of ‘shame’ in society and how stories often serve the teller, but are also vital in sharing wisdom and having fun.

Introduced by Coco Khan (Guardian, The Good Immigrant and It’s Not About the Burqa), who helped judge the open call, said: ‘Censorship is not just a matter for artists and agitators, reactionaries and revolutionaries, but for every single person daring to speak, act or indeed exist publicly.’ [ goodreads ]

When they get it wrong, they get it spectacularly wrong. The Censors. Like now, this magazine; Aiden Shaw’s penis.

Ali’s throat tightens. He cannot understand how they could have missed it. It is pretty sizeable. More than sizeable, really. It is quite something. His hands are shaking as he stands by the rack in the supermarket. They shake more while he hands over money at the till. Ali steps into the heat of the desert sun, looks over his shoulder, then sprints for home.

In the United Arab Emirates The Censors were an everyday part of Ali’s life, like hearing the call to prayer or finding sand in his shoe. His earliest memory of them was a history book his aunt gave him when he was seven. It told stories of great leaders of the past: George Washington, Genghis Khan, Napoleon; their splendour revealed in simple prose and delicately drawn cartoons. His favourite, even then, was Catherine the Great. That small, round woman in a tiara who ruled an empire. Even then.

Catherine with her jewels, her cleavage, was not what angered The Censors. When Ali turned to the pages on Prophet Muhammad, they were scrawled over with a gold marker pen. It was not that the authors had inadvertently slandered him; no, it was the pictures. Images of the Prophet were forbidden. So gold stood between Ali and knowing what the holy man might have looked like. Only the occasional flash of robe or heel of sandal peeked out at the edges. Ali didn’t mind; he loved the sparkling colour anyway. Gold was quite an unusual choice, black being the most common. It seemed to him different Censors chose different tools for their craft. He imagined them all seated at long tables, a psychedelic pot of pens in the middle like at kindergarten. Each one given an offending magazine or newspaper to colour in.

At nine Ali became obsessed with records. What was biggest, tallest or fattest suddenly seemed very important. For his birthday, The Guinness Book of World Records. When he got to the section on the richest person it was covered in Tipp-Ex. Thick, lumpy, white Tipp-Ex across his lovely new book. He picked at it with his nail but made little progress. Later, he told his older cousin, Salman, about this. Salman had laughed, ‘Tipp-Ex is the easy one! Just hold it up to the light and look at the back. You can see everything. Black pen is much worse.’ At home Ali pressed the page to the bulb of his bedside lamp. Sheikh Zayed, President of the UAE, World’s Richest Man. His wealth too great for his subjects to cope with.

News sometimes suffered the same fate. Ali’s father bought the Sunday Times every Monday, it taking an extra day to reach Dubai. He would harrumph at an article, or maybe a whole page, that had been removed. Back then there was no way to discover what it was they were missing, or why. An absence only momentarily felt.

Ali sits on his bed with the magazine. Sky Magazine had started to be sold in the Emirates in the early nineties. It is part of his transition to adulthood, he’s certain. Until then his pop music addiction had been fed through Smash Hits in all its bright colours and shouty text. But Sky is different. Sky is grown up. It has a problem page, almost always about sex.

It sometimes has topless women, their breasts always blacked out by The Censors. This issue has an interview with Tony Blair, who, Ali’s grandad says, is going to make Britain a better place. But Ali’s fingers skip over Tony. He turns to the centrefold, and there it is again. Under the heading The Freaks, is a row of people in outlandish clothes. Some have gothic makeup, others carry implements he doesn’t recognise. ‘Britain is changing’, he reads, but he can’t focus on the words. Standing in the middle of the group is a man he’s never seen before. Aiden Shaw. A porn actor, apparently. He stares at the camera, half a smirk on his face. He is naked, his thick penis hanging between his legs like a prize. Ali touches the page.

COCO KHAN is commissioning editor for Guardian B2B, and a columnist and feature writer. [ the guardian | twitter | instagram ]

THANK YOU FOR VISITING MY BLOG! LIKE MY CONTENTS? CONSIDER SUPPORTING ME THROUGH KO-FI AND PAYPAL.

HOW IS YOUR JULY SO FAR? WHAT IS THE LATEST BOOK YOU FINISHED?

Leo is a Virgo and a demigod. Here he will post book reviews and other bookish stuff. Someday, he wants to meet a KIND faerie king (and probably marry him). View all posts by leo(neil) of leosthetics

2 thoughts on “AIDEN SHAW’S PENIS & OTHER STORIES OF CENSORSHIP FROM AROUND THE WORLD, INTRODUCED BY COCO KHAN – BLOG TOUR ft. BOOK SPOTLIGHT & EXCERPT”

leo is a 22-year-old filipino demigod. here he will post book reviews and other stuff. someday, he wants to meet a kind faerie king (and probably marry him).

✨got this books for my birthday via booksale! both really sound interesting, cannot wait to dive in!✨
✨COVER REVEAL!✨
✨ set in a Filipino-inspired world, the Chronicles of the Bitch Queen Trilogy started with Queen Talyien, who found herself stranded in a dangerous land due to an assassination attempt. did her best to survive, she moved mountains and raised hell to find her way home and reunite with her son. ✨
recently, i found audiobooks on spotify, thus i created this compilation of them. here is part 1.1, and expect more to come.
Follow L E O S T H E T I C S on WordPress.com 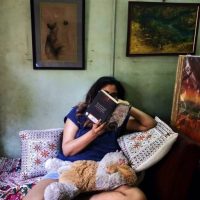 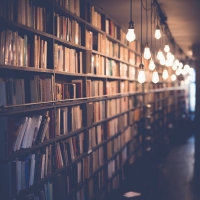 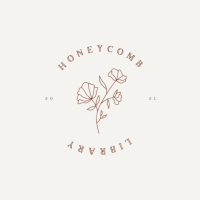 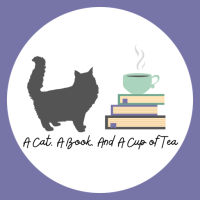 Undiscovered stories — a place between nowhere & anywhere else

the musings of a bookworm

a world of books to discover

I talk about things I want to, those may include book reviews and recommendations, or some random thoughts that I have.

stories spun with ink on paper

Because paradise is a library

All About Writing and more

A Book and Lifestyle Blog

Venus in Books
This Bookish Life Of Mine

A Cat, A Book, and A Cup of Tea
chonkybooks.wordpress.com/

We Take a Bite Out of Books